Welcome to our blog for AEW Rampage episode of 27 August 2021 with results, live updates preview, match card, start time and infomation about how to watch the event.

AEW Tag Team Championship Eliminator Tournament Final: The Young Bucks will defend the AEW Tag Team Championship at AEW All Out in a steel cage match. Their opponents are decided by the Eliminator Tournament. Jurassic Express defeated Private Party in the first match to reach the finals. The other finalists are Lucha Bros, who defeated Varsity Blondes in the previous round.

The Bunny vs Tay Conti: Tay Conti will take on The Bunny after an argument backstage over joining Matt Hardy Family Office.

What More To Look Forward to Before AEW All Out? Their next PPV, All Out will be just 8 days away when this show will air. What can we expect so close to the event?

TNT Channel via cable TV or other streaming options in US. TSN in Canada. Eurosport in India. Fite TV also airs the show live. You can subscribe to AEW Plus Subscription from here for $4.99 per month. Standalone episide on Fite TV for $2.99 at this link. 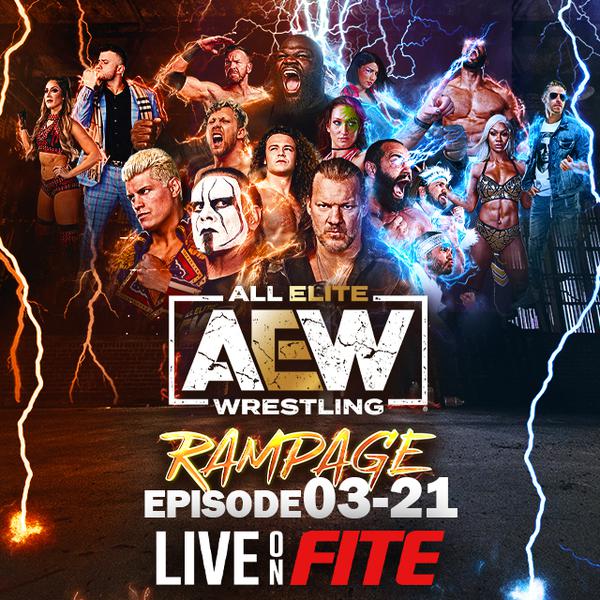 The match is the final of AEW Tag Team Title Elimination Tournament. The Young Bucks are out to the ramp to watch this match. A good back and forth match between two teams. Luchasaurus no-sold a destroyer near the end. This leads to a series of superkicks and stereo kicks fro Lucha Bros to bring him down. Lucha Bros hits combined package piledriver to get the win.

The Young Bucks hit the ring after the match and attack Lucha Bros. Jurassic Express return to the ring to save them.

Miro is coming out and he is beating up Fuego Del Sol on his way out. Miro says something like – Fuego and Eddie Kingston have dared to break him title reign. He rips Fuego’s mask and kicks him out of the ring. Kingston comes out and does not want to talk. A brawl breaks out immediately. The crew run out to stop the braw. Miro finally retreats out of the ring to stop the brawl.

The Bunny vs Tay Conti

Bunny attacks Conti before the bell and stomps on her in the corner. The match starts and Bunny gets a few pin attempts. Conti comes back wit chops. Bunny with foot chokehold. Conti with some shots at midsection. Bunny hoists her up but she hits her with a backbreaker and Boss Man Slam. Conti hits Tay-KO before Penelope Ford comes out to distract the referee. The Bunny takes the chance to punch Conti with brass knuckles and gets the pin.

A shorter and fun match in the main event. Here are the highlights.