Welcome to the live blog for AEW Rampage: The First Dance special episode on 20 August 2021. This is one of the most anticipated wrestling event this year with heavy rumours around CM Punk making his first AEW appearance. Join us as we bring you the complete results, live updates, highlights and videos from the show.

We are live for the show now. The crowd is already chanting “CM Punk.” The commentary team goes through the card for the night. They also says the most anticipated announcement in AEW is coming up. The music hits, the screen shows Best in the World and CM Punk comes out. The crowd has gone nuts.

Punk comes to the stage and is down on his knees, taking in the adulation from the crowd. He gets back to his feet after atleast one minute. He comes down the ramp and ask for the crowd to keep chanting. Punk jumps into the first row. He then hugs some fans.

Punk said he didn’t know what he wanted to say. He did not prepare for it because he was going to say what he felt. Punk says he has got the time on Wednesdays, Fridays, Saturdays, PPVs and he is not going anywhere. Punk says if he let anyone down by what he did years ago, he wants them to know he wasn’t going to get healthy mentally or physically if he stayed in the place that got him sick in the first place.

Punk takes off jos jacket to show us his new AEW shirt. He then sits cross legged in the ring to tell a story. He talks about when he left ROH and he cried that day because he made it a place where everyone could come in and learn his craft and love professional wrestling. He left pro-wrestling on 13 August 2005, and returned on 20 August 2021.

Punk now says why he is back. He is back because of all the young talent in the locker room that he wishes was around 10 years ago. He is back to settle a couple of scores. He names Darby Allin. Allin and Sting appears standing on top of the United Center. Punk announced his match at AEW All Out against Darby Allin.

Jungle Boy starts with armdrags and unloads on Kassidy. Kassidy takes him down and tags in Quen. Jungle Boy fights off both men with some good sequences. Jungle Boy goes to tag Luchasaurus but Quen prevents the tag. The referee gets distracted by Luchasaurus and Hardy and Private Party unload on Perry on her back.

Private Party works together to neutralize Luchasaurus. Quen hits a crossbody on Luchasaurus on the floor. Jungle Boy hits a Diamond Cutter on Kassidy with an assist from Luchasaurus. Kassidy kicks out of a near fall. Matt Hardy tries to run interference but Jungle Boy decks him. Luchasaurus throws Quen in the air and Jungle Boy catches him for a powerbomb to get the pin.

Cargill pushes away Hogan. Hogan kicks at her quads and hits a clothesline in the corner. Cargill hits a big kick and hits her Jaded finisher(KOD) to get the win.

CM Punk is announced to appear on next AEW Dynamite in Milwaukee. Jurassic Express will face the winner between Lucha Bros & Varsity Blondes on Rampage next week.

Moxley starts with a back suplex and keeps up with the attack. Kicks at the chest from Moxley before Garcia catches on it. Garcia works on Mox’s legs. Garcia puts on an ankle lock and then works on it some more. Moxley turns it into an armbar. Garcia rolls over and unloads on Mox. A big chop in the corner from Garcia.

Mox ducks and hits a German Suplex. Another German Suplex from Moxley before Garcia grabs the leg again for submission. Mox reaches the ropes to break the ankle lock. Moxley explodes out of the corner with a clothesline. They trade strikes before Mox hits a suplex. Garcia counters Paradigm Shift and locks on the Sharpshooter. Mox rolls out and puts on the Bulldog sleeper to get the submission.

After the match, 2.0 attack Moxley. Eddie Kingston come in but Garcia makes it 3 vs 2. Darby Allin and Sting come out to make the save. The show goes off the air with Sting, Allin, Mox and Kingston standing tall.

You can watch AEW Rampage: The First Dance via this link at this link for $2.99. 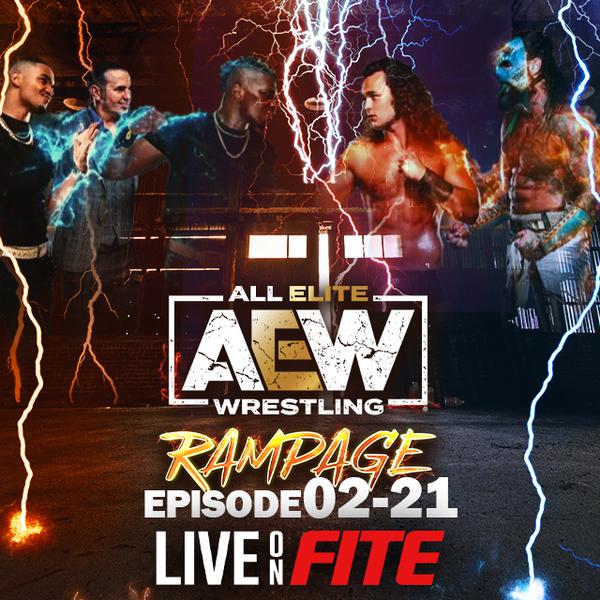 Main Event: Jon Moxley will take on Daniel Garcia in the main event match. The match was set up after Garcia joined 2.0 to attack Moxley and Eddie Kingston. Moxley has talked about everyone finding it pretty easy to come to AEW after he has made it the hottest promotion in the world. Is this a shot at CM Punk for refusing to come to AEW earlier and coming to the promotion now that it has already made a significant name for itself? It certainly could be.

Jade Cargill vs Keira Hogan:  “That Bitch” Jade Cargill will continue to increase her brand reputation as she takes on AEW newcomer Keira Hogan. Hogan has worked two matches on AEW at Dark and Dark Elevation but has lost both times. Will the result be any different this time around?

Most Anticipated Announcement in AEW History: Tony Khan has announced that AEW will make an announcement during the show, which will be the most anticipated announcement in the history of AEW. Everyone is hoping that it will be that AEW has signed CM Punk. But, if we know AEW till now, it would be something else. I am not saying that the Cult of Personality won’t be heard tonight, but CM Punk is not that announcement.