Read on to find the complete details for Gervonta Davis vs Isaac Cruz Boxing PPV with date, start time, location, undercard, tickets, how to watch or live stream the event, tale of the tape, PPV price, fight purse, news, and updates and more information.

Gervonta Davis became a three-division champion when he moved to the super lightweight division and defeated WBA(Regular) Champion Mario Barrios. After that, he has relinquished the junior lightweight title when WBA decided to get rid of interim titles.

Davis was then ordered to defend the Lightweight title against Interim Champion Rolando Romero. However, Showtime decided to replace Romero when an investigation was started against him in a sexual assault case. He was replaced by Isaac Cruz.

Cruz is considered one of the biggest prospects of lightweight division with gathering 17 wins in a row. He last defeated former titleholder Farnciso Vargas.

How To Watch/Live Stream Online

Davis vs Cruz is a Showtime PPV event. The event is priced at $74.99. You can purchase order the PPV online for live streaming at the below link. 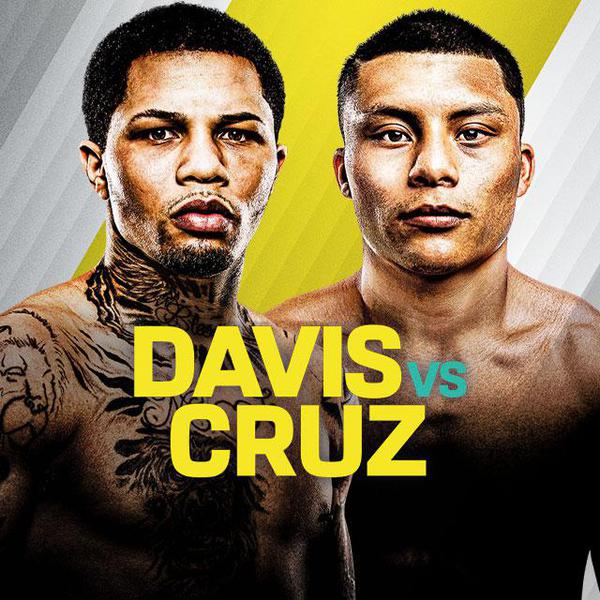 Davis vs Cruz PPV will air from Staples Center in Los Angeles, CA. The tickets are available to purchase at the below link starting from $120.

The official fight purse figures are not out yet. But based on previous fights, Gervonta Davis will likely get $1 million in base salary for this bout. He is also likely getting a 60% share of PPV sales. Cruz is estimated to get $300,000 and 40% of PPV sales.

December 4, 2021: Davis shoved Cruz during their face-off after the weigh ins.

December 2, 2021: Isaac Cruz said in the press conference that once he could come forward and show his power to Davis, then fight will take a turn in his favor.

November 30, 2021: Davis issued a warning to Cruz during an interview and said if Cruz attempts anything dirty, the fight will turn dirty.

November 22, 2021: Cruz said that his drive to be champion is too big and he is going to pull off an upset and become a brand new star.

November 18, 2021: Cruz claimed that defeating Davis is not an impossible task. He is training hard for the match so and is up for the challenge.

November 15, 2021: Davis believes that the fight with Cruz will be more exciting than the one against Romero. He compared it to two cars that are coming forward to crash at each other.

November 10, 2021: The undercard for the event is announced.

November 4, 2021: Davis praised Cruz for taking the fight, “I respect Isaac Cruz for stepping up and taking the fight, but everyone knows what I do. I come in looking for the knockout and that’s exactly what I’m going to do in this fight.”

November 2, 2021: Isaac “Pitbull” Cruz is announced as the replacement for Romero.

November 1, 2021: Showtime confirmed that Romero will be replaced from the event due to the allegations against him. More details here.

October 31, 2021: New reports came out that Rolando Romero might be removed from the bout against Davis after sexual assault allegations came out against him.

October 22, 2021: Davis and Romero took part in the kick-off press conference and had a tense face-off and a lot of trash talk.

October 21, 2021: Davis returned the trash talk, “Romero is going to be sorry that he signed this contract. I’m going to punish him for as long as this fight lasts. Everyone knows I’m coming for the knockout, so make sure you get a ticket or buy the pay-per-view.”

October 18, 2021: Romero was confident that he would knock out Davis. He told TMZ Sports, “I punch way harder than him. Ask anyone that knows us both. They’ll tell you straight up. I’m gonna knock him the f— out.”

October 6, 2021: Davis announced that he will defend WBA (Regular) Lightweight title against Romero on Dec 5.