Artur Beterbiev is set to defend his WBC, IBF, and The Ring(Lineal) Light Heavyweight titles against Marcus Browne on December 17, 2021.

This title defense will be the main event of Top Rank’s December 17 card. Also, Artur will compete in his hometown after quite a while. The 12-round title bout will air live from the Bell Centre in Montreal, Canada.

One of the most dominating boxers and the only fighter with a 100% knockout rate, Artur Beterbiev will defend his IBF and WBC light heavyweight titles against Marcus Browne. It was his mandate title defense ordered from WBC that will headline the Top Rank’s upcoming PPV event.

According to the chairman of Top Rank, Artur has developed a massive fanbase in Montreal. Eight of his first eleven bouts also took place at the same venue. As a result, they gave him an opportunity to defend his titles at the adopted hometown against a worthy mandatory challenger in the form of Marcus Browne.

Artur Beterbiev is coming off an impressive victory against Adam Deines. He won the fight via TKO in the tenth round and delivered Adam his very first TKO loss earlier this year in March.

On the other hand, Marcus Browne returned inside the boxing after an absence of almost two years earlier in April this year. He faced Denis Brachev and defeated him via unanimous decision.

Will Artur Beterbiev be able to continue his dominating TKO streak against Marcus Browne or will the latter deliver Beterbiev his first loss?

Artur Beterbiev vs Marcus Browne will air live exclusively on ESPN+ in the United States via ESPN+ monthly boxing subscription. Outside US, the event will stream through Fite TV.

For the United States

For outside of the United States

Order Beterbiev vs Browne(Outside US) 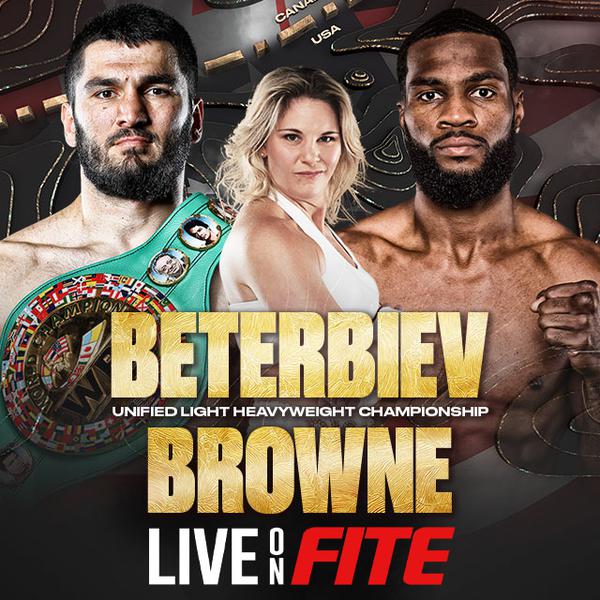 Artur Beterbiev vs Marcus Browne PPV will take place at Bell Centre in Montreal. The prices of tickets start from $144 to $404. You can book the tickets at the below link

December 16, 2021: Beterbiev weighed 175.5 lbs in his first attempt and was given two hours to cut down to 175 lbs limit, which he successfully did.

December 14, 2021: World Boxing Association light heavyweight champion Dmitry Bivol is hoping that Beterbiev wins this fight so that they could move for a title unification in spring next year.

December 13, 2021: Browne said in an interview that he is a better fighter than Beterbiev and he is going to prove that in their fight. “This is the moment in my life that I’ve been waiting for and I’m ready to take advantage of it,” said Browne.

October 12, 2021: The bout was officially announced to take place in Montreal, Canada on December 17.

September 15, 2021: Top Rank and PBC asked for an extension to negotiate fight purse, and were granted until September 28 to finalize the bout.