The NJPW Wrestle Kingdom 16 will be NJPW first major and the biggest PPV event of the year 2022. It will be the 31st NJPW event on January 4 at Tokyo Dome and will be the 16th event of the Wrestle Kingdom chronology. It is for the very first time that this PPV will take place over the course of three days on January 4, 5, and 8, 2022. The event is turned into three nights to mark the 50th Anniversary of NJPW.

The first two days of this event will air from the Tokyo Dome whereas the final one will take place at the Yokohama Arena. The main event for January 4 has already been set and will feature Shingo Takachi defending his IWGP World Heavyweight Championship against Kazuchika Okada.

The winner of the first night’s headliner bout will defend the championship against Will Ospreay in the main event of night two. The headliner bout for the third and the final of the event, which will be a special NJPW vs NOAH show, is going to be a 10-man tag team match between teams from NJPW and NOAH.

Keep on reading to check the complete details of NJPW Wrestle Kingdom 16. 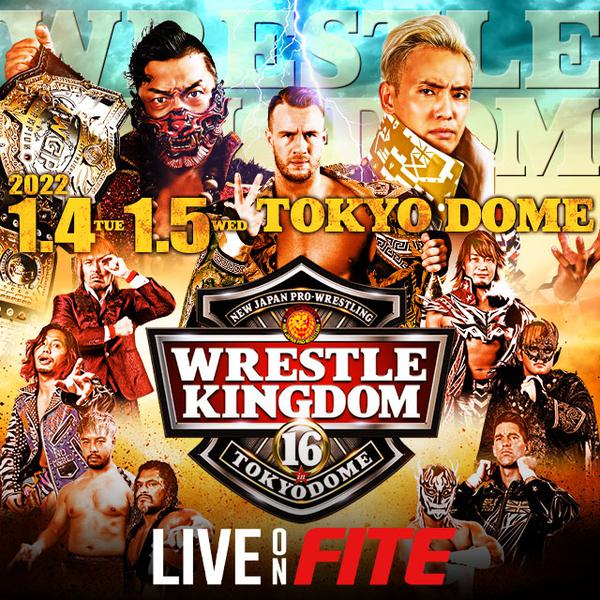 The tickets for all three days of the NJPW Wrestle Kingdom 16 that will air from Tokyo Dome and Yokohama Arena can be checked out below.

January 4, 2021: Kazuchika Okada said in an interview with SI that he is completely focused on winning the IWGP title, “The IWGP title is everything to me.”

January 1, 2021: Katsuyori Shibata said that his catch wrestling match at WK16 Night 1 will be something completely different on the card, “When I wrestle, people will see exactly what I have been waiting so long to express.”

December 27, 2021: Katsuyori Shibata is announced that his match at night 1 is going to be a catch wrestling rules match where only stretches, submissions, and throws are allowed. Striking will be prohibited. The victory can be attained via submission, pinfall or count-out.

December 10, 2021: A match between STARDOM wrestler is announced for Night 2. More details will be provided later.

November 30, 2021: Japan restricted outsider entry due to rise in Omicron COVID-19 variant. This had put Will Ospreay’s main event match was under danger. However, NJPW clarified that the restriction does not apply to person who already has visas, which is the case with Ospreay and his match at Wrestle Kingdom will go ahead as expected.

November 20, 2021: Night 3 of Wrestle Kingdom 16 is confirmed as NJPW vs NOAH event where wrestlers from Pro-Wrestling NOAH will also be involved.

November 16, 2021: NJPW announced that Will Ospreay will main event night 2 against the winner of Takagi vs Okada World title match from night 1.

November 7, 2021: NJPW confirmed that Shigo Takagi vs Kazuchika Okada as the main event for night 1.