Luiz Ortiz and Charles Martin are returning to the ring after their respective hiatus to headline the first night of 2022. The two heavyweights will headline January 1, 2022 PPV from PBC and FOX.

Ortiz is coming off a 45-seconds knockout win over Alexander Flores in November 2020. That win came after his second career loss to Deontay Wilder, where King Kong was challenging for the WBC Heavyweight title. Martin has been on a three-fight winning streak since his loss to Adam Kownacki in 2018. The loss to Kownacki was “Prince Charles” second career loss after he lost the IBF Heavyweight title to Anthony Joshua.

A win here for either of them could elevate them to a title challenger status. So, who among these top heavyweight will come out on the top? Check how you can buy the Luis Ortiz vs Charles Martin PPV and live stream the event online.

PPV Price in US

Ortiz vs Martin PPV on New Year’s Day is priced at $39.99 in the United States. This is cheaper than other boxing PPVs which are generally priced at $50 or upwards.

FOX will present the PBC PPV, which will feature all the heavyweight fights. There are two ways to order this PPV in United States.

The first way will be to purchase the PPV via FOX Sports directly. You can use this link to order from FOX.

The other way will be to order via Fite TV. Fite TV has been home to many combat sports events from boxing, MMA, wrestling, etc. and fans generally prefer ordering the event from their site. You can order FOX-PBC New Year’s Day PPV via Fite TV via the below link. 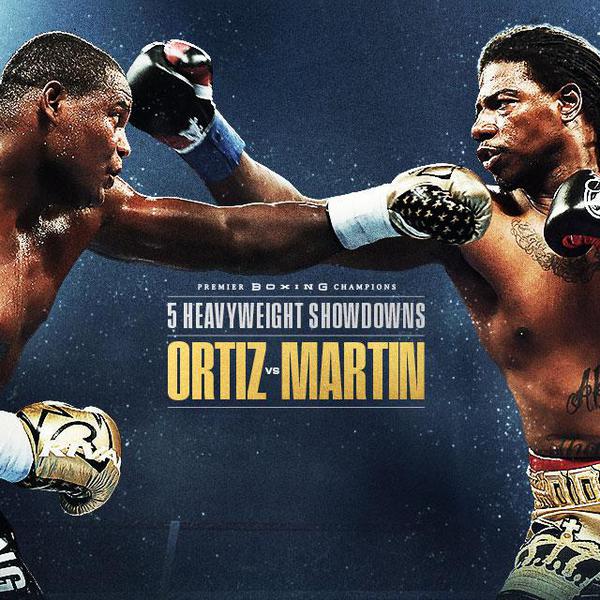 As of now, there are no details on how fans from other countries outside the US can watch the fight. But, we can expect Fite TV as the main broadcaster in many countries also. Keep tuned in for more updates.

What to Look Forward in this Event?

Apart from the main event, the co-main event will feature Cuba’s Frank Sanchez taking on former Olympian from Puerto Rico Carlos Negron. Sanchez remains undefeated as he defended his WBC Continental Americas and WBO-NABO Heavyweight titles against Efe Ajagba at Fury vs Wilder III in October 2021.

Jonnie Rice and Michael Coffie will clash in a 10-round rematch. Rice defeated Coffie in their previous fight in July 2021. Former title challenger Gerald  Washington will feature in another 10-round bout against Turkish Olympian Ali Eren Demirezen while Viktor Faust vs Iago Kiladze will complete the main card.